Scope of the German Language Course

Why should you learn German? And what is the scope of the German Language course?

Well, there are plenty of Scopes and career possibilities after learning German in India.

If you’re planning to learn a foreign language to uplift your future career, then German could be an excellent choice.

Due to the rapid development in the relationship between different countries, widening the scope of specialized jobs involving foreign languages. Because of the growth of international trade, commerce, and businesses, more Indians are traveling abroad.

Knowledge of foreign languages is becoming a crucial requirement.

There is innumerable scope of the German Language course. Here we list a few.

There are a lot of opportunities for a German learner because it is one of the best foreign languages for getting jobs in India.

The German Language can open a new door for career opportunities in various industries like engineering, automobile, power, IT, education, medical, and pharmaceutical. In India, someone who knows German and English will have better employment potential.

In India, the demand for German language experts is rising. The German companies offer a premium salary in India to German-speaking employees. Globalization has advanced the Indian economy and employment. Therefore, the urgency for German learners has become unavoidable in the following areas of career opportunities.

It is the most common career opportunity that comes to mind. Once you complete your German Language course, you can be certified as a German language expert.

Since economic activities in India have led to a rise in people taking German language courses, German teaching institutes and colleges actively look for German experts.

Again, you can establish to become your boss by building a private German language training class/session for interested candidates. Moreover, you can become a freelancer teaching from one place to another.

If you have a flair for teaching, apply as a German teacher in School. You can also work as a college lecturer or a corporate trainer in various organizations.

Translation and interpretation are among the most attractive career opportunities you can secure as a German language learner.

The same function applies to an interpreter. Working as an interpreter can be a very lucrative career option, depending on your experience and fluency.

If you have an interest in literature can undertake translations of literary works from foreign languages.

3.  Engineering Jobs in India and Germany

We all know that Germans are world leaders when it comes to engineering.

German Language proficiency can increase job choices in India, Germany, and other countries. Almost everyone in Germany with updated skills and willingness to work has work today. Hence, knowing German can accommodate you if you’re an engineer who wants to work in Germany, Austria, or Switzerland.

You can also get perks from working in one of the many hospitality management centers.

You can work as an executive in travel companies, large hotels, event centers, and many more in the guest relations department.

It is no surprise that they are the world’s most significant spenders of tourist money globally.

Therefore, proficiency in German is an excellent advantage for many people working in the hospitality industry.

Due to growing international air travel, multilingual people are in demand for this business.

The capability to speak English fluently and proficiency in at least one foreign Language like German is a great advantage in the recruitment procedure for ground crew and aviation staff. If you are interested in an adventurous career lifestyle, you can pursue employment as an air hostess under international airlines.

Many airline companies are working their trade between India, Germany, and other German-speaking countries. You can work efficiently for any of such companies where there is a vacancy.

The journalism industry is one of the largest employment providers with different language skills. So the journalism sector constantly searches for foreign language experts, including German speakers.

Suppose you are working as a foreign correspondent for a TV broadcasting company in Germany and want to help others narrate their stories; this one career opportunity comes first to mind.

India has many collaborations with Germany related to Science and technology. It is a binding force that drives modern human economic efforts. And it is also true that Germany is one of the three major contributors to global scientific research.

For this reason, German is the second most widely utilized scientific Language. Your strength in speaking and reading in German can get you a job as an assistant analyst in research facilities operated by the government or private bodies in India and Germany.

Content writers, copywriters, gosh writers, white papers, and press releases from small companies to giant corporations have always been in demand. Thus the urgency for excellent writers has elevated with the drastic growth of modern technology and the internet. The German Language is one of the most used tongues on the internet, so people who know German have a great possibility of getting a job in this field.

Germans love to travel to different countries; you can work as a tour guide for German-speaking tourists, especially if you love to meet different people and enjoy their company.

The good thing about this career prospect is you come about their culture, gather so many things about them, and create a relationship with them. The job options in Tourism for German learners in India continue to be secure and uniformly increasing yearly.

ITES, outsourcing, and the offshoring industry are responsible for bringing tons of employment opportunities to India.  For this reason, paving the scope of German languages course in India.

So, most work on behalf of well-reputed companies in the KPO and BPO sectors dealing with their German-speaking counterparts.

MNCs like Siemens, Volkswagen, BMW, SAP, Adidas, Lufthansa, Bosch, and more have established branches in India. Indian market is the most populous one, so if they can build their business by showcasing their products and services to the Indians, they can see massive growth in their business.

That’s the reason these firms invest so high in advertising. They will want someone who understands their Language and working style to be a reliable advertising manager.

Due to the globalization and growth of the Indian economy, people are getting jobs in different countries.  So foreign language experts’ demand has risen critically.

Germany is a leader in automobile, engineering, chemical, and pharmaceutical, and its information technology market is equally exceptional. They are the leader in innovative technology and computing. So they have high employment for people worldwide with proper skills and knowledge.

Hopefully, the scope of the German language course will motivate you to learn and enroll in a German teaching institution. Therefore, enrich your career prospects in the future with the German Language.

1. What is the course duration of the German Language course?

Ans. It depends on the level you want expertise; at minimum, you need six months to learn the fundamentals of German.

2. What are the course fees for German Language courses?

3. What is the eligibility to get enroll in this course?

Ans: Minimum qualification is 10+2 to take up this course.

Share on FacebookShare on TwitterShare on PinterestShare on LinkedIn Share on TumblrShare on RedditShare on VKontakte
Ananya ChatterjeeAugust 25, 2022 Ethics to consider in Project Management 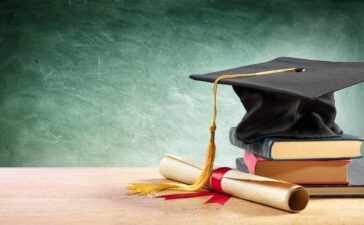