Eligibility for the post-graduate program is as mentioned below:

Entrance tests that need to be given

Since the course is offered at undergraduate as well as post-graduate levels, the entrance exams are different.

Post-graduate entrance test: Fortunately for the PG courses, the students have to appear for only one exam as compared to many exams at the undergraduate level. The exam that they have to appear in the Graduate Aptitude Test is prominently called GATE. These exams have to be given for admission in IITs, NITs, or GFTIs.

Syllabus structure of the MCA program

Note: Syllabus may vary from college to college, kindly check before taking admission

After completion of the computer science engineering program, there are students who diversify into other branches like telecommunications, hardware and software implementation and maintenance, or system analyst. They work as data scientists, software programmers, system analysts, business consultants, etc. Digitisation of the marketplace has opened opportunities since the apps developed have to be innovative and have to use various platforms and perform without technical glitches. So, the demand for computer science engineers has increased.

The boom in digitisation and the subsequent advancement has led to a boom in the job market for computer science engineers. The demand is no longer limited to the IT sector, but in other sectors too, like academics, sales and marketing, journalism, and editing and content, to name a few. A few job profiles are explained below:

If pursuing the computer science engineering program in India, then the course fees range between 2 lakhs to 10 lakhs, depending on whether the college is government or private. It also varies from college to college. Many students opt to pursue their courses on foreign shores like the USA, the UK, Australia, or Canada. The course fees may range from 20-50lakhs depending on the college and the country chosen.

As mentioned earlier, due to the boom in technology, demand for engineers has gone up. A fresher can attract a starting package between 30 – 60 thousand per month. With an experience of one year and more but less than 3 years, 80 thousand per month salary is achievable. As you climb the steps of progress and experience, a salary ranging between 1.30 lakhs to 2 lakhs per month can be attracted. Top companies like TCS, Cognizant, Infosys, Facebook, Yahoo, PayTm, Google, Adobe, Apple etc, offer jobs to freshers as well as experienced every year.

India is blessed with good educational colleges that attract not only students within India, but overseas too. Some of the top-notch colleges in India are

International colleges of repute are as follows

The world of computers and technology fascinates many equally, but only the ones who know how they can add their own magic do choose this as a career option. It is estimated that the computer technology market will keep growing and that the demand for computer science engineers will grow by 6 per cent from 2018 straight to 2028. So get all the knowledge and take a well-thought decision regarding choosing the right career path.

Q 1. Computer science and computer engineering are two terms. Is it the same or is it different? Can you point out the differences?

Q 2. If I plan to earn and settle abroad, will a computer science engineering degree help me?

The academic future of India is very bright. Every year, India churns out more computer science engineering students than any other country in the world. To top it up our college teaches at par with the standards of the developed nations. While in other developed nations the churned-out graduates are far less in Indian comparison. This gap is being effectively filled up by Indian students. So keeping these statistics in mind, one can easily reach a conclusion that Indian graduates will attract jobs from foreign shores, hence the picture of settling overseas too becomes achievable.

Q 3. With so many courses and so many graduates, are we heading towards saturation in the next decade?

Fortunately, with technology, only one thing keeps happening and that is it keeps upgrading itself and becoming better with each upgrade. The technology is already following human voice commands. Soon it may also happen that technology will work according to human moods, wants, and also needs. The one thing with technology is that the future is EXCITING!

Q 4. Will the study not be boring?

In the land of technology, nothing can be boring when you work on it. To work on it you have to have correct knowledge which only a course can give you. If studying bores you, then only the field will be boring.

Share on FacebookShare on TwitterShare on PinterestShare on LinkedIn Share on TumblrShare on RedditShare on VKontakte
Swati SharmaFebruary 23, 2022 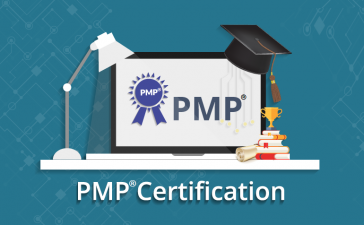